As a nonfiction author and reader, I was curious to know which nonfiction books have topped the bestseller lists over the past 20 years. I chose to research titles on Amazon because (a) they’re the world’s largest bookseller, (b) they show bestselling books by year, and (c) they include all popular books, regardless of whether they are traditionally published or self-published.

I discovered there were 144 nonfiction books written by 117 authors that made the top 20 list over the past 20 years. Some books only made the list in one year, but 15 books remained at the top for 3 or more years between 2000 and 2019.

If you’d like to know the titles of all 144 bestselling books, download my report, 20 Years of Nonfiction Bestselling Books by Category, here. If you’re only interested in the top 15 books, read on…

All 3 of the above books were published by Gallup and are based on in-depth research the company conducted that showed focusing on strengths is more conducive to success than fixing weaknesses. Readers receive an access code allowing them to take an online personal assessment that helps them identify their primary strengths or talents out of 34 possible themes. (The assessment captured my strengths very well.)

Like the Gallup books, this book resulted from in-depth research over many years. In this case, the focus was on identifying what separates good companies from great companies. Although some of the great companies (e.g. Circuity City and Fannie Mae) later ran into trouble, the research provides 7 characteristics of great companies that many leaders still find helpful.

Unlike the first 4 books on the list, these last 3 are not backed by research. They are written as fables (or parables) on the topics of teamwork, dealing with change, and personal finance. Their entertaining, easy-to-read style may explain why they are more popular than books on similar topics that are written in a more serious style.

The ongoing popularity of these 2 reference books is easy to understand. They are both published by large, reputable organizations and they fill a very specific need. The APA is the official style manual for writers, researchers, educators, and students in the social and behavioral sciences. The College Board has been in existence since 1899 and their official SAT study guide provides helpful tips and practice tests for students preparing to take the SAT.

This book about “one man’s mission to promote peace…one school at a time” is a popular book on college campuses. The book is controversial because of some alleged fictitious claims made by Mortenson. Also, he agreed to repay $1 million after an investigation into misspent funds at the nonprofit he co-founded to build schools in Pakistan and Afghanistan.

This book is a biography about World War II hero Louis Zamperini, who survived a plane crash and a prisoner-of-war camp and later forgave his captors. Unlike some of the more advice-driven books on this list, this book is an inspiring story about the triumph of the human spirit. A film based on the book was released in 2014.

The final 4 bestselling nonfiction books are all self-help guides. They offer advice on how to improve our lives, but they go about it in very different ways. The Four Agreements is a guide to personal freedom and the style is somewhat like a parable with references to ancient Toltec wisdom. The 5 Love Languages is written by a pastor and is similar to the first 3 personal assessment books on this list except that readers use this book to assess how they and their loved ones express and experience love. The Purpose Driven Life is also written by a pastor and is a Bible study book which aims to help people live better by fulfilling their 5 Christian-centered life purposes. Finally, The Subtle Art of Not Giving a F*ck is a contrarian, in-your-face book by a blogger whose message is to forget positive thinking, accept your limitations, and focus on the few things in life that matter most to you.

Trying to reverse-engineer how bestsellers become bestsellers is virtually impossible. There are too many factors at play related to the quality of the writing, publishing, and marketing. Also, there is no one formula for success and no one book appeals to everyone. All of the books on this list are bestsellers, but clearly those who love The Purpose Driven Life are unlikely to appreciate The Subtle Art of Not Giving a F*ck.

Here are my observations from reviewing these 15 nonfiction bestsellers:

If you have additional observations on how and why some books become bestsellers, let me know!

P.S. The 15 titles above were taken from a report I created of the bestselling nonfiction books over the past 20 years. The full report contains 144 books, 117 authors, and 20 book categories. If you’d like to download the full report, you can do so here. 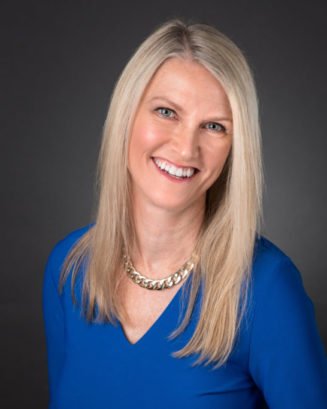 Kara Lane is a nonfiction author and publishing analyst. Learn more at karalane.com.
Share this: